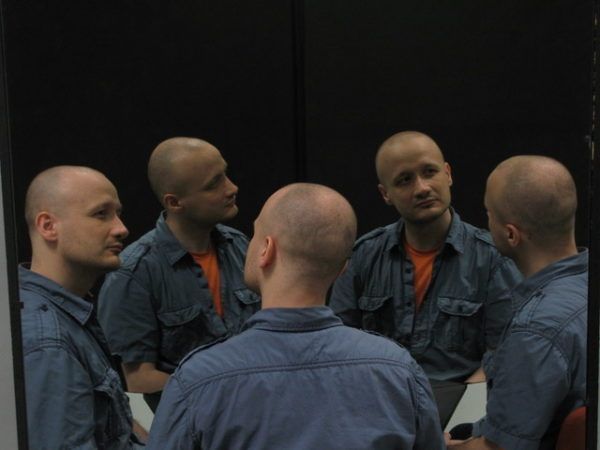 Paweł Janicki is a new media artist, author of music performance works, and producer. He was born in 1974 and lives and works in Wrocław.

Janicki is a founding member of the music group Gameboyzz Orchestra Project, which plays music on GameBoy consoles. He collaborates with the WRO Art Center, where he manages the WRO Lab, as well as with the Youth Behind the Machines Group, Nemesis, Job Karma, the 25fps Group, and Samploza Lab Anssample, and recently dæd bɑɪtz. With institutions such as NASA, ARTSAT and DESPATCH worked on projects joining artistic activities with space exploration technologies. He has taken part in numerous festivals and exhibitions related to experimental music, visual arts, and new media art. In 2004, he received an award from Tokyo University Haramachida for his internet performance Ping Melody.

Paweł Janicki’s activities are extremely difficult to classify. He engages in generative music and microsounds, but his compositions occasionally also take the form of visual pieces (for instance, fractal animations). He creates compositions based on algorithms and interactive systems, as well as installations and performances. He draws inspiration from the electronic and electroacoustic avant-garde. He uses self-designed programs and military or commercial technology.

The audiovisual performance works presented under the title Ping Melody have become Janicki’s trademark. The music generated in the course of their duration may be influenced by random internet users. The sound of an instrument or a singer’s voice can be transformed into a data package, which is then transmitted to various online locations and returns in a modified form due to glitches and latencies. For instance, during one of the Ping Melody performances, a sound played by the classical musician Jan Kopták (flute and saxophone) was bounced off the servers of the U.S. Army (2007). The audio layer was accompanied by an image – a visualisation of the flow of information and error notifications.

I don’t treat the Internet as a tool which works in a given way, but as a space which can be observed. I am especially interested in the capabilities of the Internet that emerge at a moment of the simultaneous activity of a massive number of users. – Janicki says. He also used online networking in the installation Net Eater. Data “netted” from the web was transformed into diverse audiovisual forms. The artist was not interested in semantic correlations, but only in translating the flow of information into an abstract form.

In 2010, Janicki created the interactive installation Mapping Chopin, presented at the Warsaw Autumn festival in Warsaw and at the Dilston Grove Gallery in London. Its system identified visitors’ movements and converted them into the vertical and horizontal axes of a score. In this way, the audience members influenced the dynamics, tempo, or the articulation of the selected compositions by Fryderyk Chopin (Étude in A-flat Mayor Op. 25, No. 1, Waltz in A minor, Op. 34 No. 2, Tarantelle in A-flat Mayor, Op. 43, and Nocturne in G minor, Op. 15, No. 3), as well as the visual representation of the score in space.

The musical score was treated as a space within which one could move around in real time, create phrases and entire sections of a musical piece. – the artist recounts.

Another interactive installation by Janicki was Oceanus (presented at the European Media Art Festival in Osnabrück, Germany in 2011), which was based on the idea of maritime navigation, transferred to the new media environment. A large-format, horizontal touch screen allowed several viewers at a time to, for instance, manipulate the objects, and enabled interaction between them. The results of the process emerging on the horizontal screen were projected on another screen placed vertically.

Janicki also co-created the Interactive Platform (together with Dominika Sobolewska and Patrycja Mastej) at WRO Art Center. The project was later presented at a number of contemporary art galleries in Poland, such as Zachęta National Gallery of Art in Warsaw and Centre of Contemporary Art Znaki Czasu in Toruń. The installation engages the youngest audience members, resembles a laboratory, invites experimentation, and is most of all based on the notion that exhibits can, or even should be, touched. Many of them introduced contemporary technology and interactivity.

In the second half of 2011, on commission from the Adam Mickiewicz Institute, Janicki created the project EU Tracer, coinciding with the celebrations of the Polish presidency of the Council of the European Union. It was a performance in public space, taking place in selected capitals of the EU member countries. A specially created programme produced musical and visual structures sourced from transformed data downloaded from servers of the European Community organizations. The thus created pieces were accompanied by improvisations performed by a guest musician.